I really love this series and sharing this with ya'll
Linking up with Heather & Elizabeth to Confess my crazy....
So here we go for April....

Sometimes if a good song is on the radio and I get home or to wherever I'm going, I sit in the car and finish listening to the song. Until it's over.
And this is especially funny because I love 80's hair band music and that's usually what I'm jamming out to in my lonesome....
You know..... Skid Row, Cinderella, Warrant, Tesla, LA Guns, Poison, Def Leppard....
I do this A LOT haha. Especially now that it's warm out - I have the windows down & I rock! 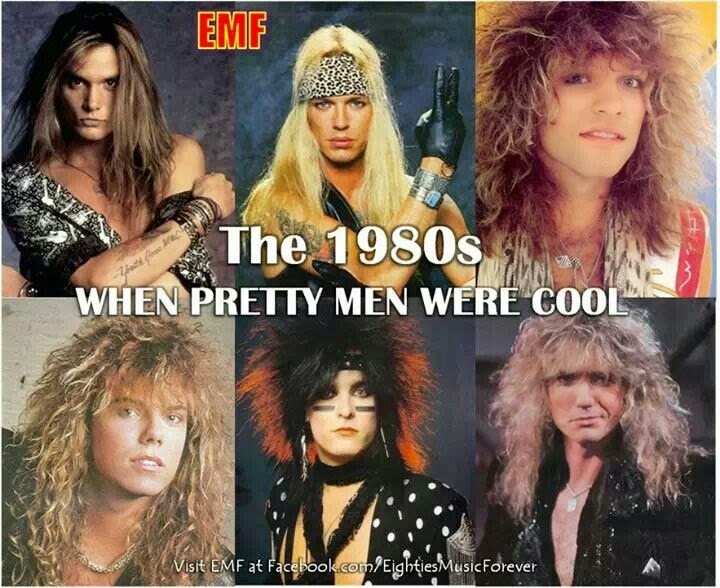 I mean I constantly have hair nation on in my car. Haha
Sometimes if Ted is home, he'll peek outside and give me a weird look and shake his head, because he knows. And he accepts my love of singing the 80's!

*
Speaking of music in my car... I only listen to the radio with the volume on even numbers.
Volume can't be at"17" or "21" or "33" it's always even.
I'm weird. I know.
*
I had a genuine fear of Elvis for about 6 years.
One night a while back, I had a horrendous nightmare about "The King"
I believe I was watching something on TV and fell asleep, and some creepy documentary about how Elvis is still alive and people who claim they saw him, came on.
I must've been in and out of sleep because it incorporated itself into my dream.
It freaked me out SO bad that I had a fear of seeing anything Elvis, or one of those Elvis impersonators. My friends thought it was the funniest thing. I did not.
And it was during the "Elvis Fear Era" that I went to Vegas. TWICE.
Yeah. Not a fun time for those afraid of  "Elvis The Pelvis"
I remember an Elvis coming up to me on the street asking if I wanted a picture with him in Vegas and I screamed in his face and ran away.
The fear was more about this guy: 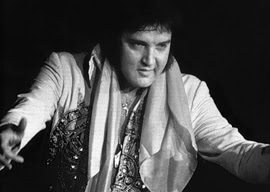 Rather than this guy: 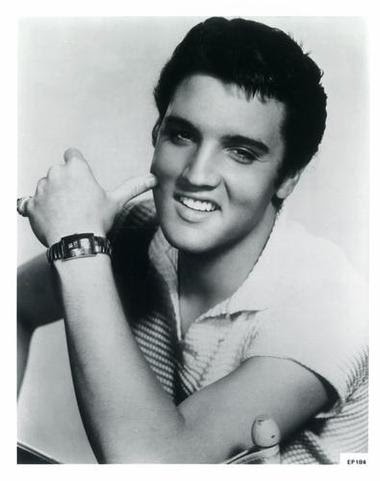 Somehow - I overcame my fear. I still think the people that dress like and act like him are weird, but everyone's gotta earn a living right?
*
I hate being touched when I'm sleeping.
Let me explain...
When I moved back home in 2011 - I had a bed to myself again.
THEN - Shortly after that, I got a king size tempurpedic bed FOR FREE (score!)
So naturally I managed to get that sucker in my bedroom at my parents house.
Let me tell you this....Having THAT kind of bed all to yourself for about 3 years gets VERY and I mean EXTREMELY comfortable.
I didn't move in with Ted until 3 months before our wedding.
(After my dad passed away, I stayed with my mom until I got married)
Ted likes to be all cuddly and sleep next to me and sometimes I just let it happen.
But when he gets up in the morning or if he works a Saturday, I'm in tempurpedic heaven.
I need to sleep like a total weirdo.
Picture this:
On my left side, both arms straight out in front of me
Left leg totally straight
Right leg bent in half with my knee pretty much to my chest
It's a sight.
*
Remember the yodel binge ? We all do. It wasn't pretty.
Well this month, my "binge" if you will, has been on something *somewhat* healthy.
I was never a real fan of yogurt until I had my tonsils out and had to force myself to eat anything I could get down. An intern in my office introduced me to this.
Chobani "Almond Coco Loco"
It's coconut yogurt with pieces of coconut in it with the "flip" part that you dump into the yogurt consisting of dark chocolate and toasted almonts.
HELLO!
This is SO DANG GOOD!
They are on sale at my grocery store this week, and they are sold out.
So I got a rain-check.
Yes I am now 82 years old.
#reallifeproblems 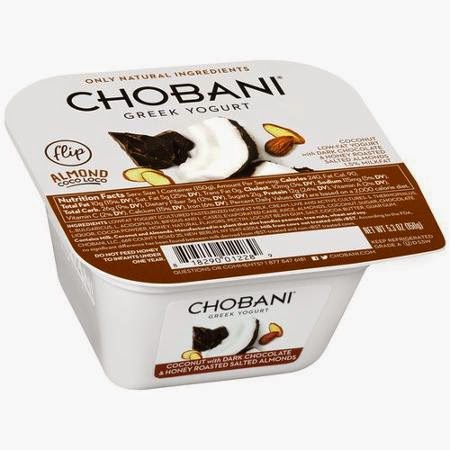 *
I have a special hate for Dairy Queen - but the reason isn't funny...

This month is hard for me. It’s the month my dad suddenly passed away. I have a lot of anger about not having been able to say goodbye to him and it’s been really hard to deal with for the past 4 years. That being said – on April 11th 2011 I was at dairy queen with my friend Holly. I left my phone in her car while we ran in to get “blizzards”. When I got back in to her car, I checked my phone and saw that I had 10 missed calls and a bunch of texts. My stomach dropped. We were in DQ for like, 6 minutes. I KNEW something was wrong. VERY wrong.  I called my mom back and she answered the phone in a weird tone and said there was an accident… (she said a lot more, explained "accident" and those words stuck with me and will stick with me forever, but I’m not in the mood for all that right now)
So long story short – I was at Dairy Queen when I found out my dad died. While he was having a heart attack and collapsing, I was getting dairy queen.
So now I hate DQ. I don’t go there, I snarl when I drive by. I won’t eat their cakes. And I’ve gone as far as saying “I hate that place” when someone mentions it. I can justify this even though it sounds insane. But to me, this is where I heard the worst news of my life.
So because of that. I hate it. And I’m allowed to. So there.

My Spring Break was last week and I thoroughly enjoyed being off and
essentially being a "housewife" :)
This really got me "in the mood" if you will - to be a stay at home mom.
I'm done with the work gig. I'm ready to have a baby and focus on family.
I mean, when I was in 6th grade, in my end of the year book we were asked what we wanted to be when we grow up - My answer was: House wife or Mom
Really!? Lol
My mom was both of those thing. She didn't go back to work until I was a sophomore in high school. She even worked in my high school as a sub.
Now she's the attendance officer at my high school and will be retiring soon... 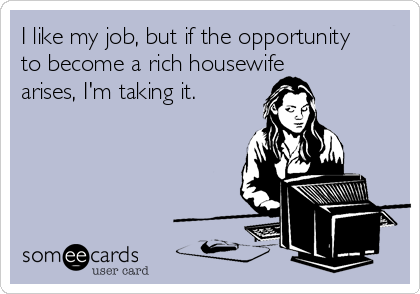 Stop back tomorrow for an amazing recipe for Pasta Primavera !